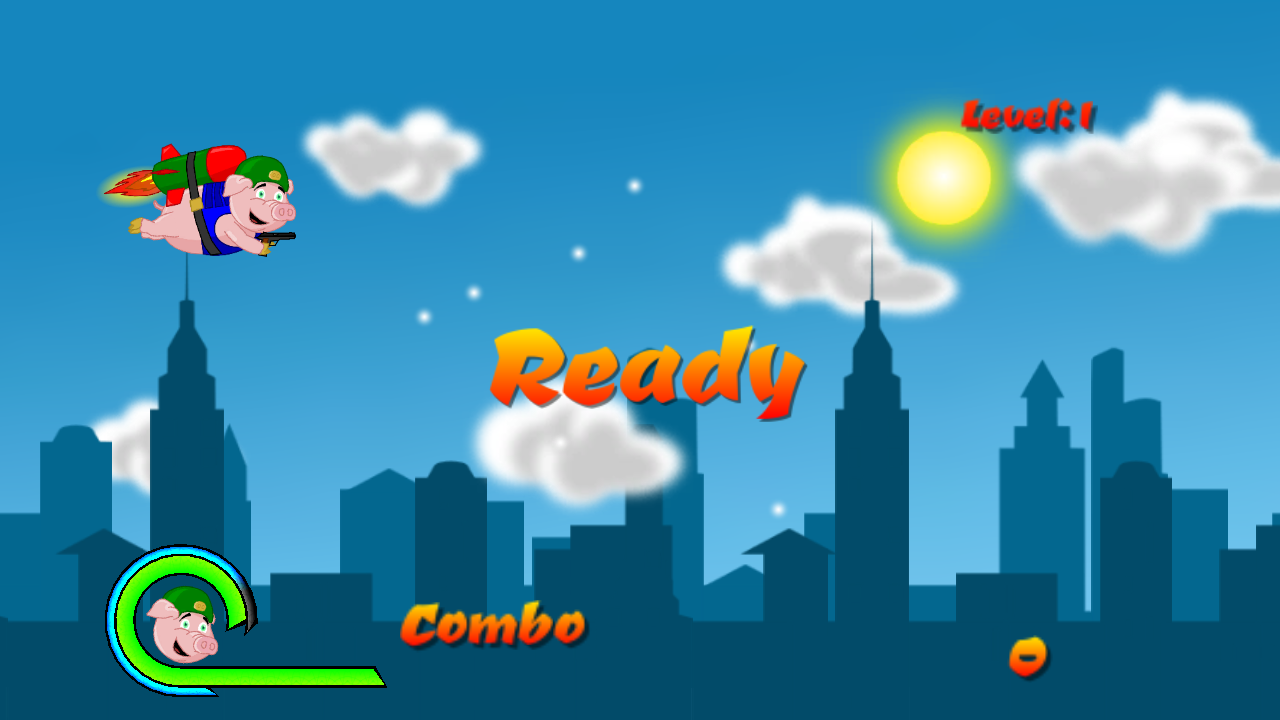 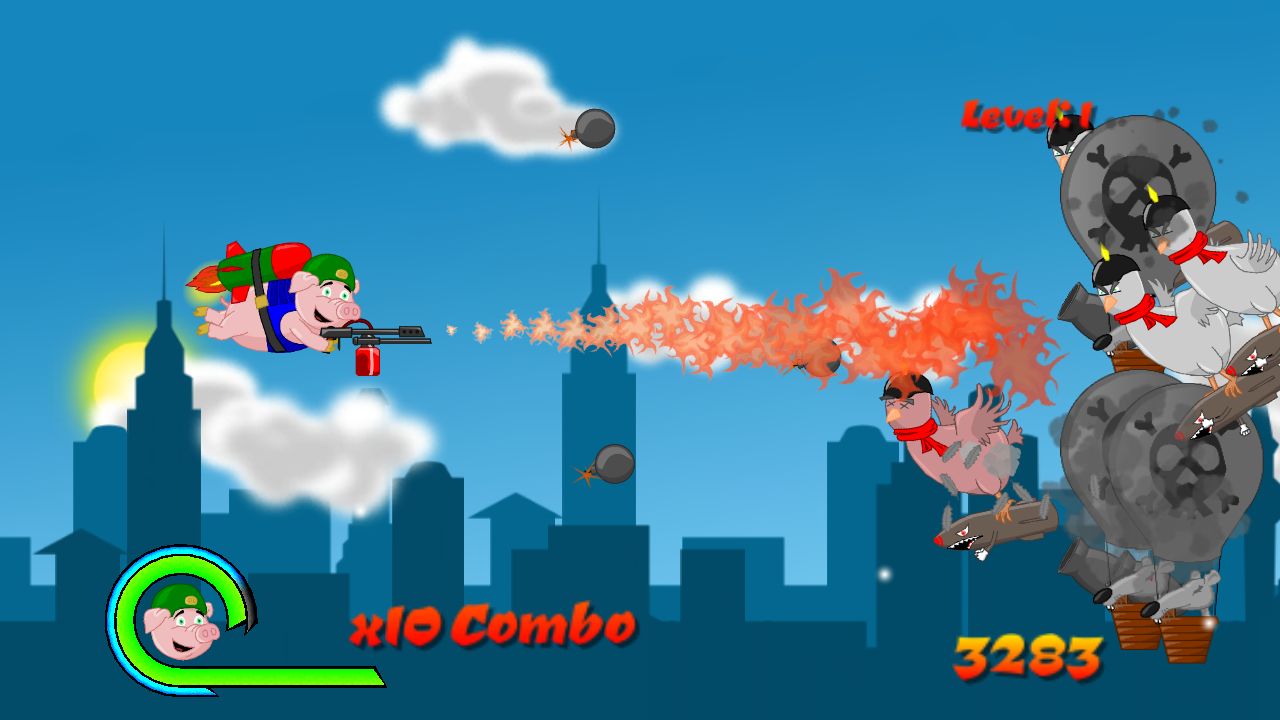 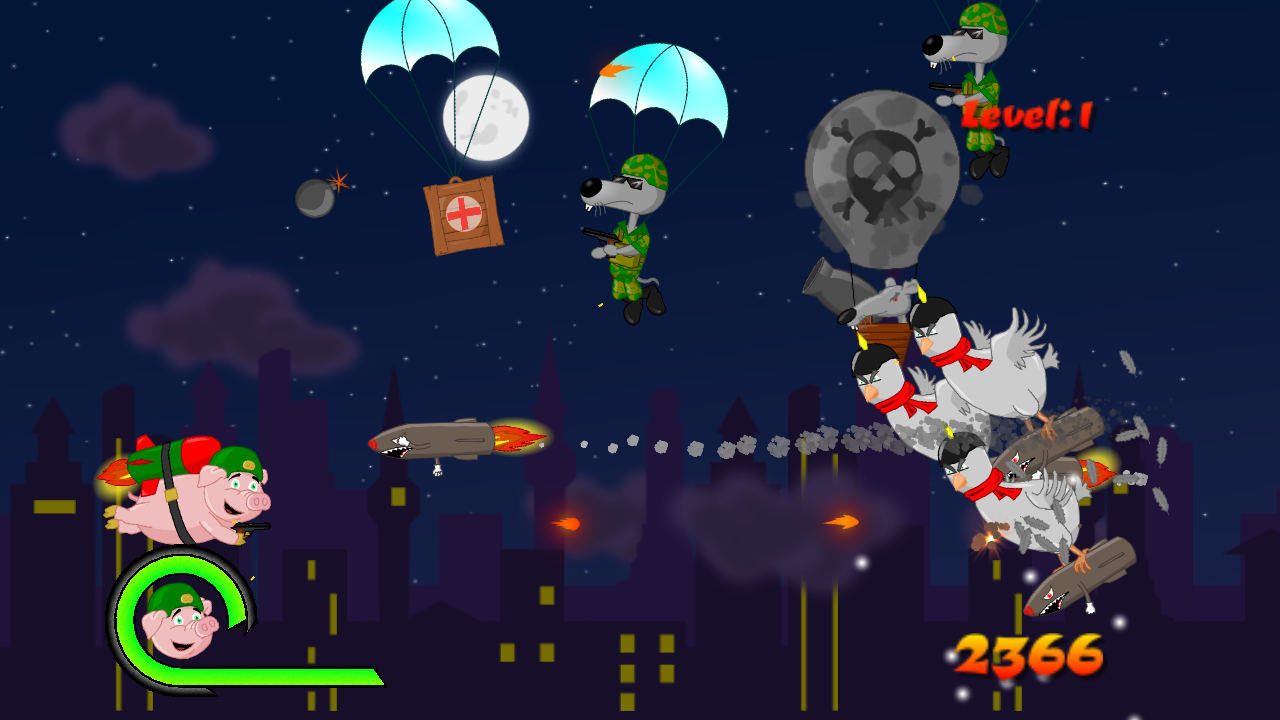 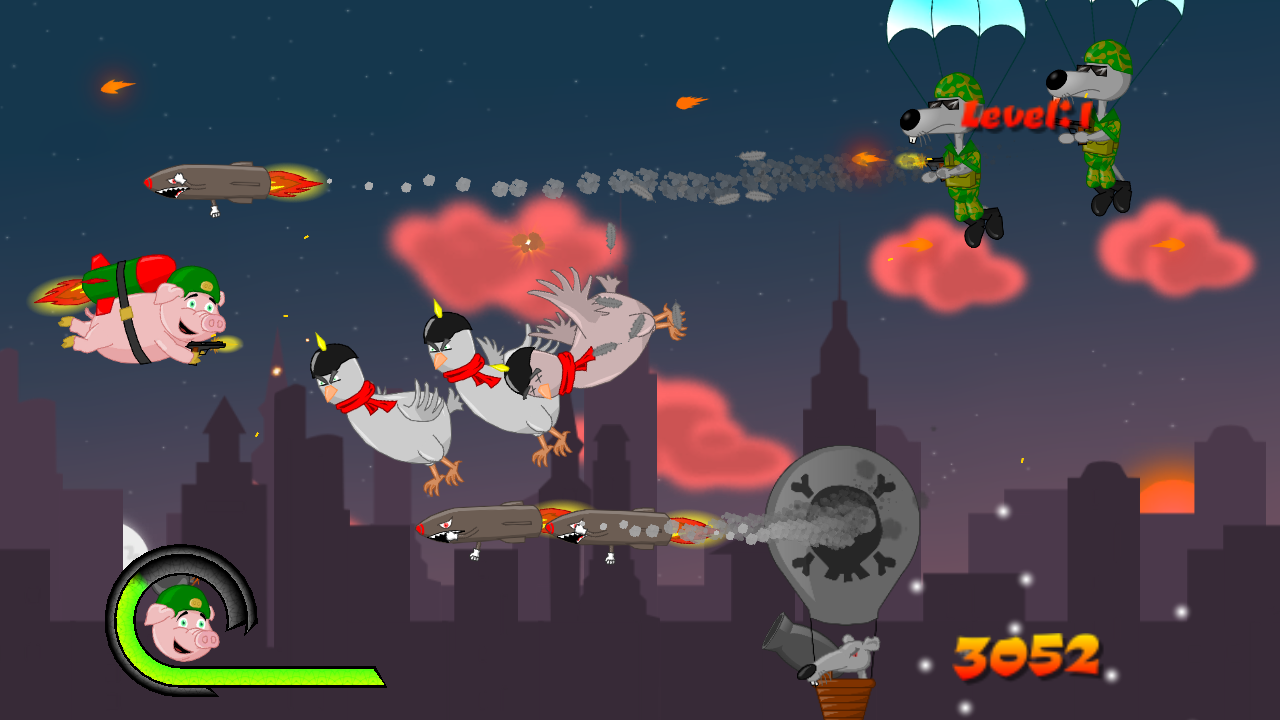 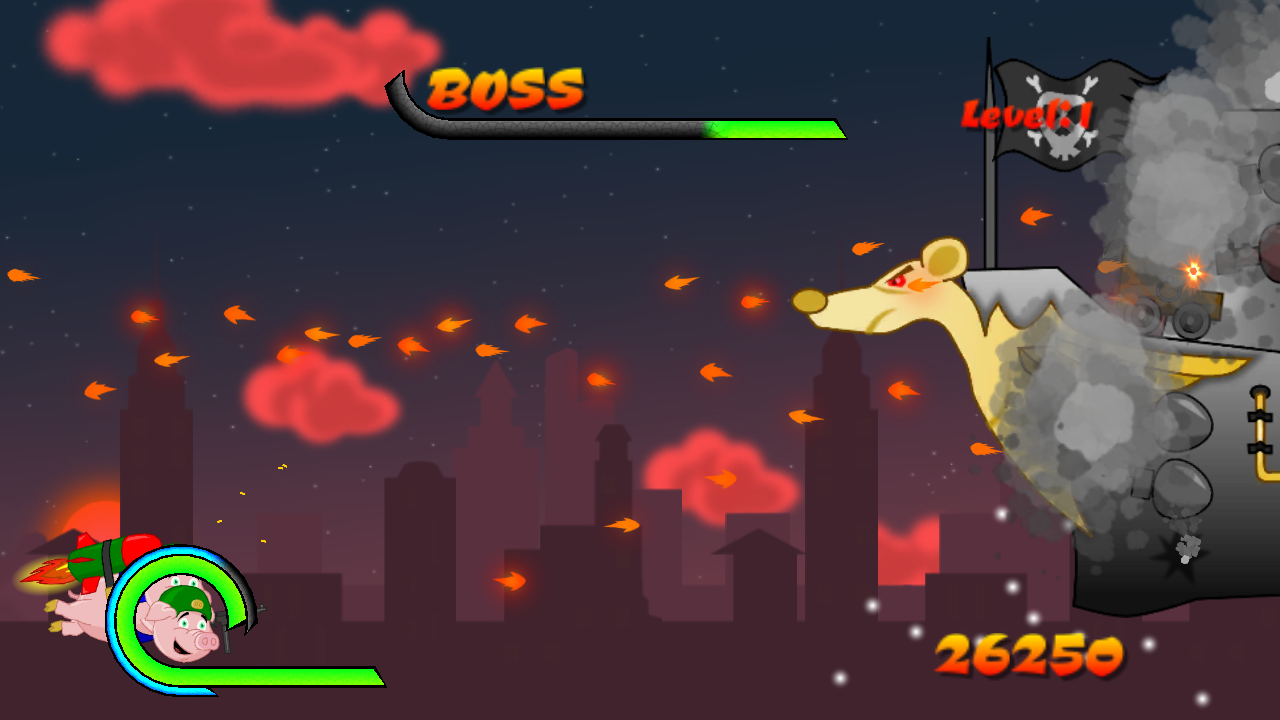 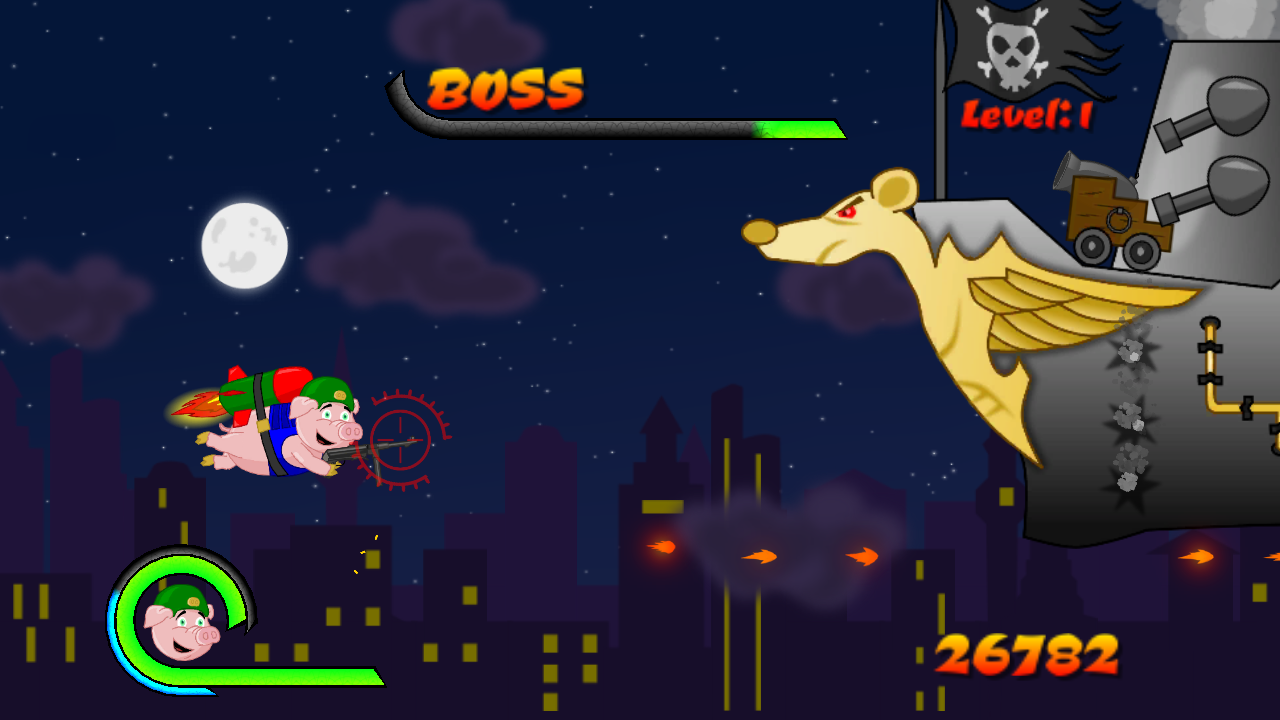 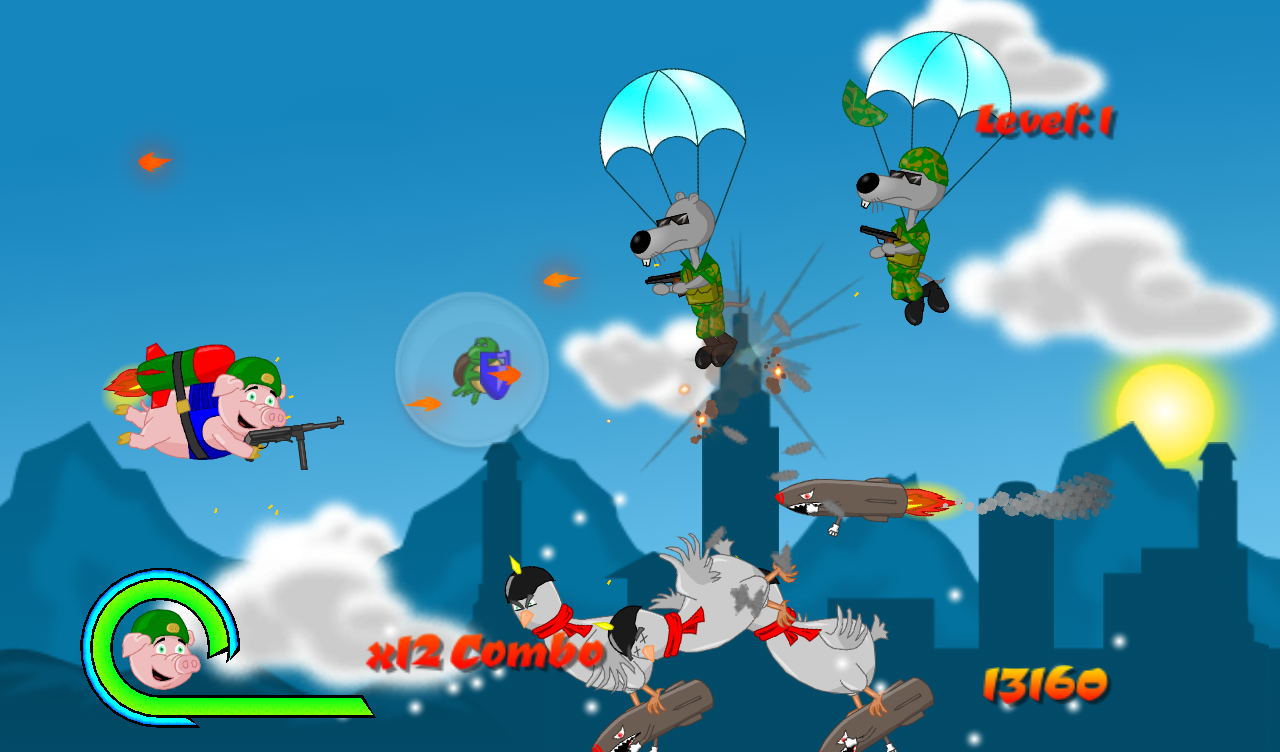 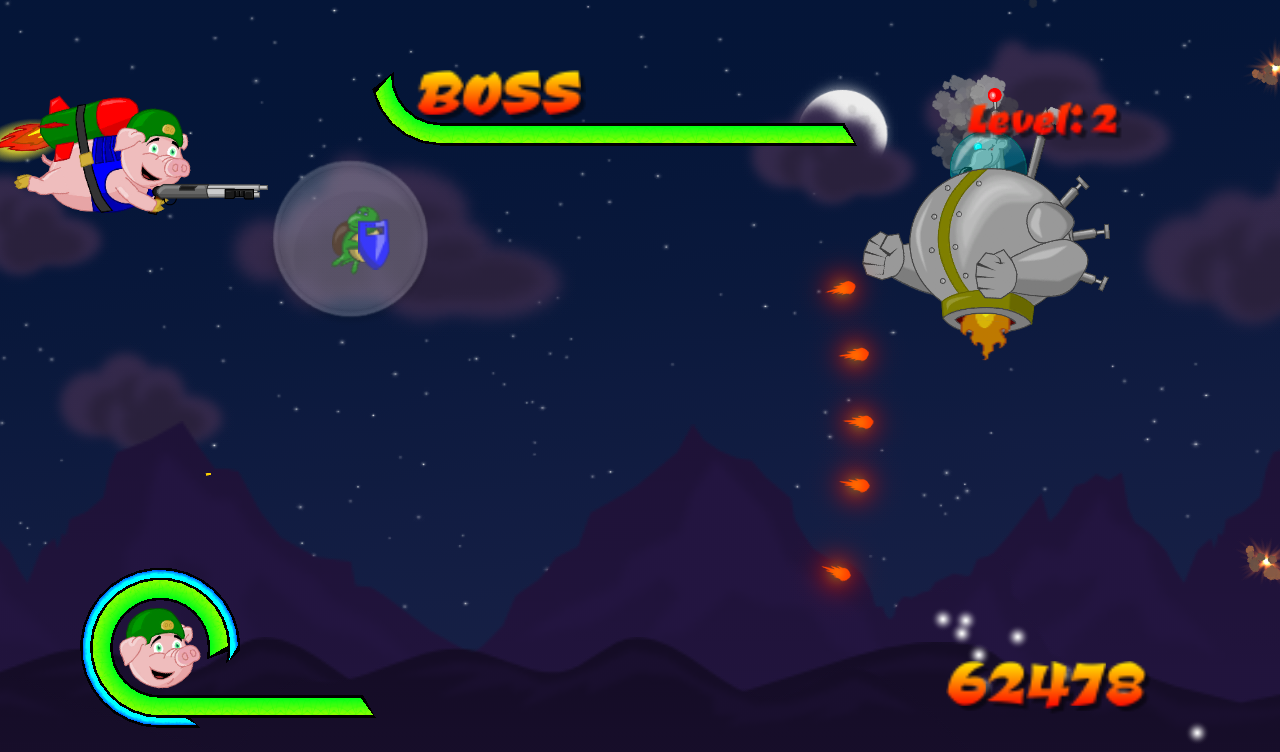 In War Piggy you are an air force operative with the mission of destroying General von Rat. Oh and yes, you play as a flying pig that, as ridiculous as it sounds, is amazingly fun.

Only you can make the difference between a flying War Piggy or falling bacon. Hoards of enemies try to stop Piggy and the only solution is to destroy them all. Before reaching the end of each level you will also face powerful Bosses, yet ammo-dodging skills and a powerful counter-attack can solve the problem.

Here are some of War Piggy’s main features: