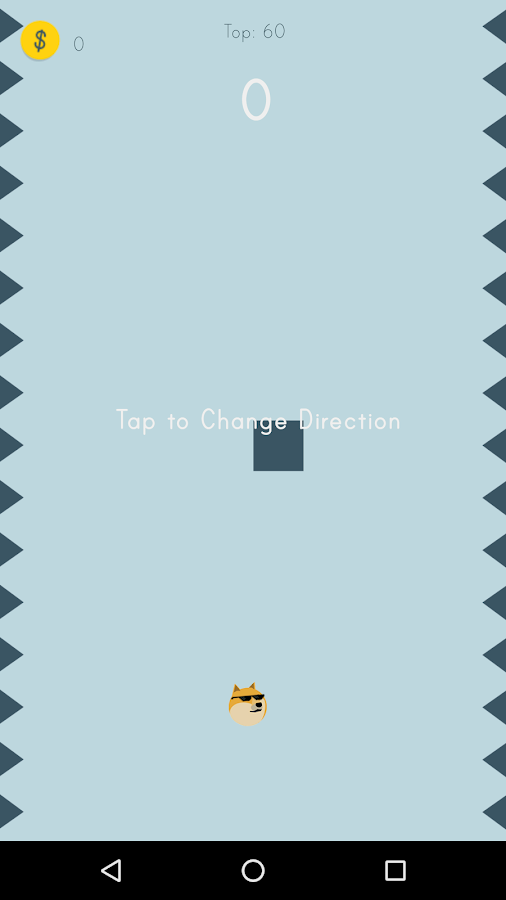 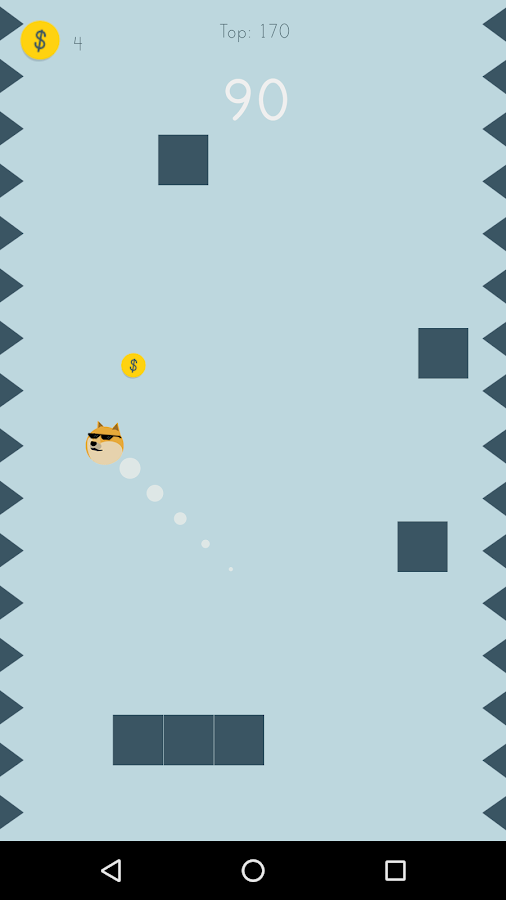 Doge is a slang term for “dog” and is associated with photos of Shiba Inu (nicknamed “Shibe”), a Japanese breed. The sky-high popularity of this meme was an inspiration for many users and it was just a matter of time until Doge-centric games were created. Doge Spikes is such an example, a game that’s part fun part frustration (due to its difficulty) but overall a frustratingly-addictive experience.

In Doge Spikes you control a cute Doge character that must avoid all the deadly obstacles on its way to an endless journey. The side walls are filled with spikes and bricks also tamper Doge’s route. You simply tap to change its direction and if you are skilled enough you’ll master this technique of moving diagonally to avoid obstacles. Collect coins as well to be able and upgrade your character (soon to be released).

Doge Spikes is available for free on Google Play and only shows some random ads.