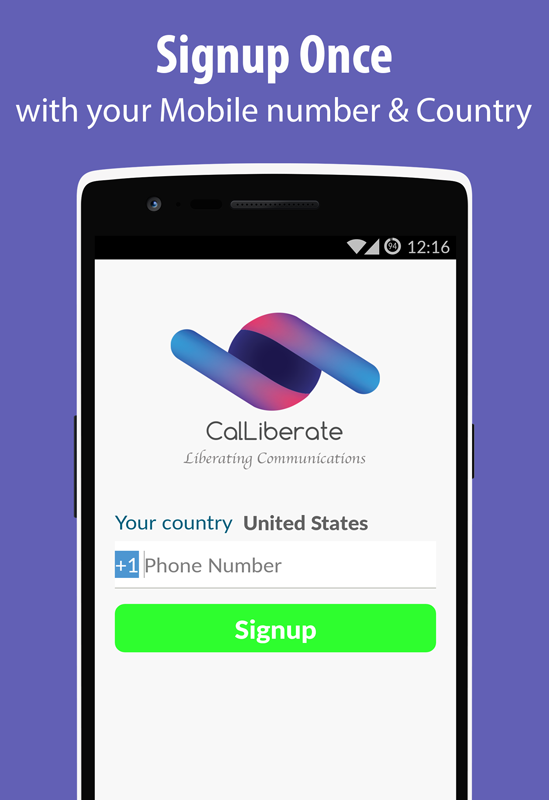 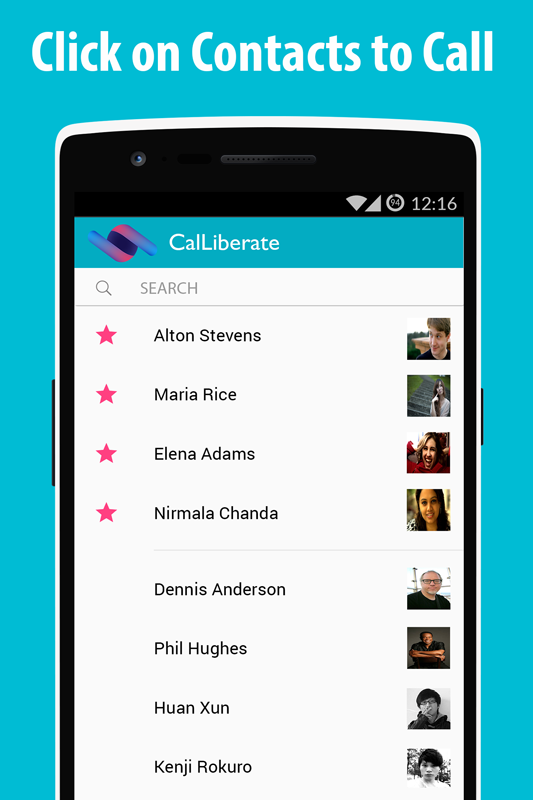 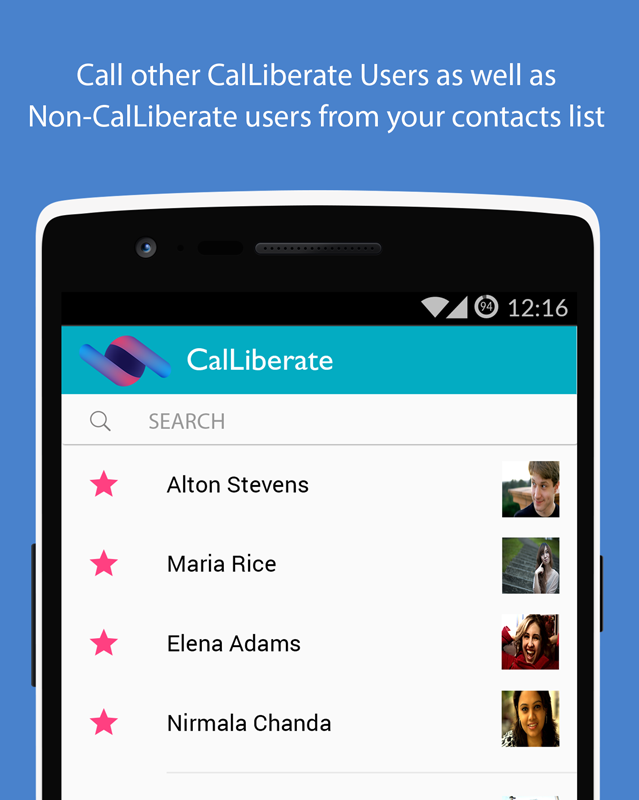 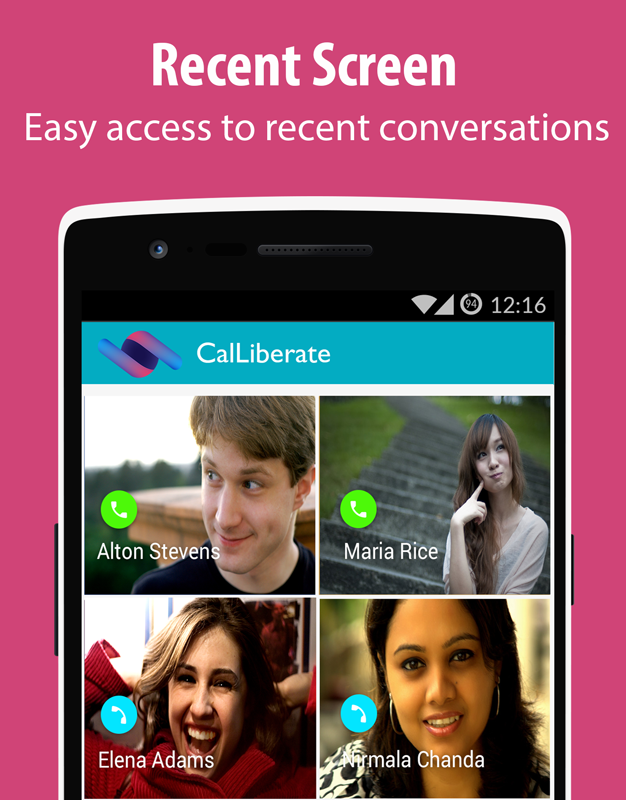 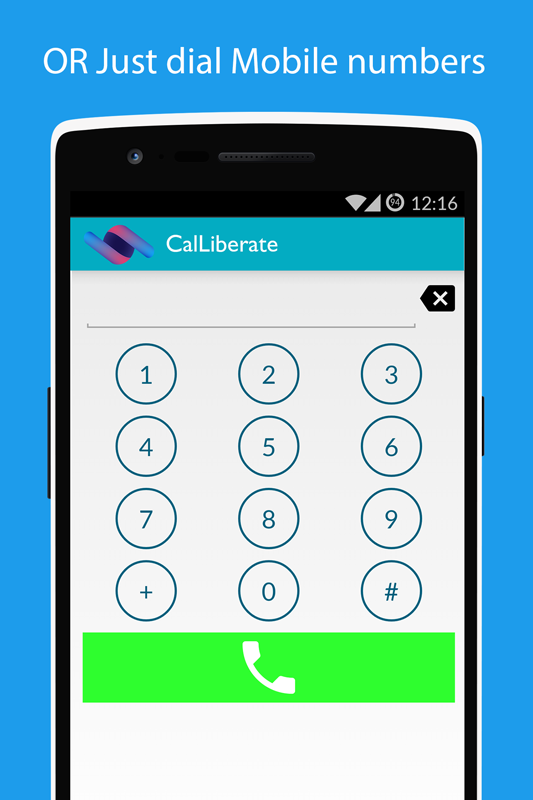 CalLiberate’s mission is to provide unlimited and free calling worldwide. Unlike other applications, CalLiberate does not charge their users for calling directly to mobile numbers.
The current list of countries that CalLiberate supports where you can directly call mobile numbers (PSTN calls) are India, United States, Canada, Germany UK & Romania. More countries will be added to this list. While CalLiberate to CalLiberate calls can happen worldwide.

Since the history of humans two things have been free, Thinking and Talking. Someone began thinking about talking and started charging others for it. Now Talking is Free Again! Make Unlimited and Free Phone Calls to Anyone, Anywhere! CalLiberate lets you make Unlimited and Free, local & international calls to your friends, family or anyone you want. Call Non-CalLiberate users by directly dialing their Phone Numbers for FREE. No need of the CalLiberate app or Internet on the phone to answer calls. Unlike other apps, you do not buy credits or pay anything to call directly on mobile numbers.

So you remember it has been a while since you haven’t called your grandparents and you know they would love to hear you. Or maybe you need to talk to your girlfriend who is doing some shopping and tell her you’re out of shampoo. Or maybe make an order from your favourite pizza delivery. In either case, you need to make that phone call. And Internet calling, as awesome and free as it is, is not going to help you.The pizza guys won’t give you a Skype address, your girlfriend might have the Viber app but the local shop is probably not having free WiFi and your grandparents…well, your they still loves their simple feature phone and you’re not going to change this. Whenever you want to talk with anyone, you don’t use Skype or Viber. You just call on their mobile or landline number. We have to face it, the old fashioned calls (which are known as PSTN calls) are here to stay. You use it everyday and you’re still having to pay for it.

But why can’t an awesome technology like Internet calling be enough to make you reach anyone anywhere and not pay a cent? Well, there are at least 3 big reasons for it:
First, obviously, not everyone uses Skype or Viber. The adoption of smartphone apps that allow Internet calling has grown hugely but is still limited. Skype has a number of daily active users of around 5 million, while there are billions of users that talk in PSTN every day. Looks like there the pain of changing the standard way is too big.
Calling on Skype and Viber is not spontaneous. You as a caller have to think if the person you want to call is online or not, will be on wifi or mobile network, if on mobile network then on 2G, 3G or 4G, and then whether he/she has enough data to talk with you. And most of the times you will have to schedule a time to talk with people on Skype & Viber. It is not as easy as you would’ve called them directly on their mobile number i.e make a PSTN call.
Not everyone has access to an Internet connection which is also powerful enough to allow a good Internet call quality. Your WiFi is usually at home and some people may not have a 3G/4G data plan or the speed may not allow for a decent voice call (like, for example 2G).

So if you want to reach most of your contacts, your only hope is to to still use the old fashioned phone call which requires you to call a mobile or landline number, but your mobile carrier won’t give away the chance to take your money so easily. Seems like no solution. Well, not really! Because now, there is CalLiberate.

CalLiberate allows people to make unlimited & free, local & international calls to their friends and family on CalLiberate. Users can call any person straight from their contacts list or just dial mobile numbers with country code You can basically call anyone you would otherwise call with your regular phone dialer. Only for free.
But how can this be possible? It’s simple. CalLiberate pays the call cost for you.

Be the first to review “CalLiberate” Cancel reply